Over the long weekend for President’s Day we went to Masirah Island and it was amazing. We had a beautiful stretch of white sandy beach mostly to ourselves and the weather was perfect. 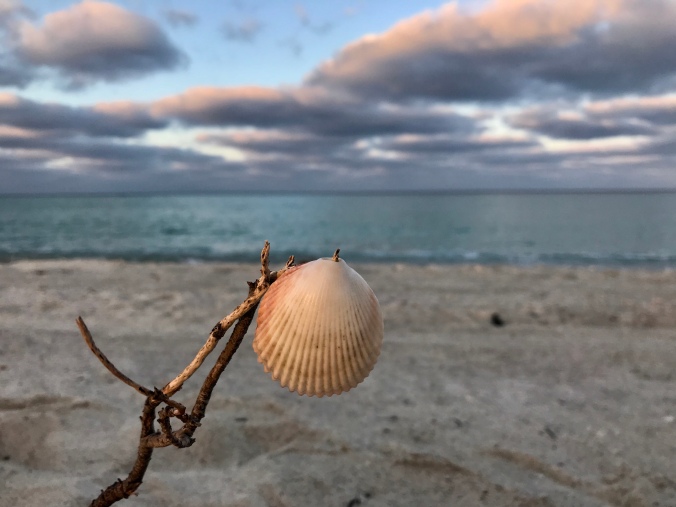 We collected shells and M used them to decorate the bushes

You can camp just about anywhere on the island, except on the military bases, and a friend gave us the turn-off spot for the camping area that her friends always use. We drove down a sandy dirt road until we reached a spot that looked good right by the coast, down the beach a ways from some fishing boats, and we set up camp.

We spent the days exploring the beach, collecting shells, and building sand castles. M kept himself busy looking for crabs, until he lost his footing on some rocks, stuck his hand into a crevice to keep from falling, and a hiding crab pinched him. My god did he scream, poor kid. The evenings were spent cooking, drinking wine, taking pictures of the sunset, and reading around the campfire. It was a lovely two days and I just wish we’d had more time.

When the red wine’s been sitting in a hot car and you’re out of ice, you have to improvise to cool it off 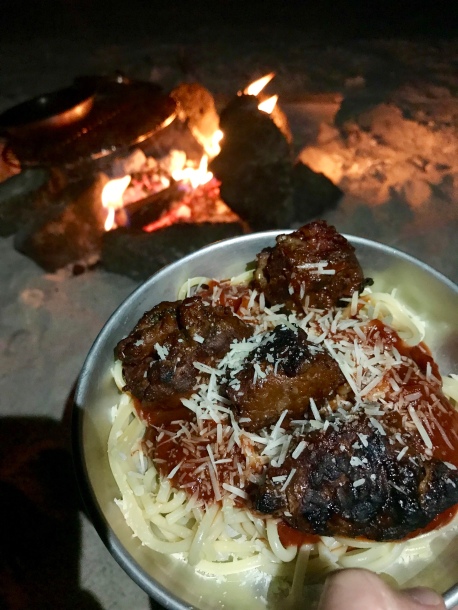 Campfire spaghetti and meatballs: some of the best I’ve ever had!

We spent some time driving around the island and exploring a little, but mostly we just stayed on our stretch of beach. As usual, I have a few trips to help you make the most out of your time there:

One thought on “Our trip to Masirah Island (plus some tips)”