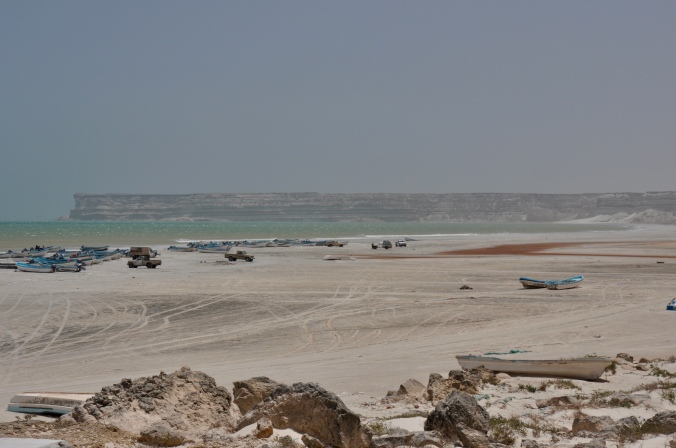 Ras Al Markaz: where you feel like you’re on a different planet

Ras Al Markaz is so insanely windy, the South Asian fishermen wander around wearing pants and jackets, with fabric wrapped around their heads and faces, for protection from the blowing sand. The wind blows so hard, the sand stings any unprotected skin. 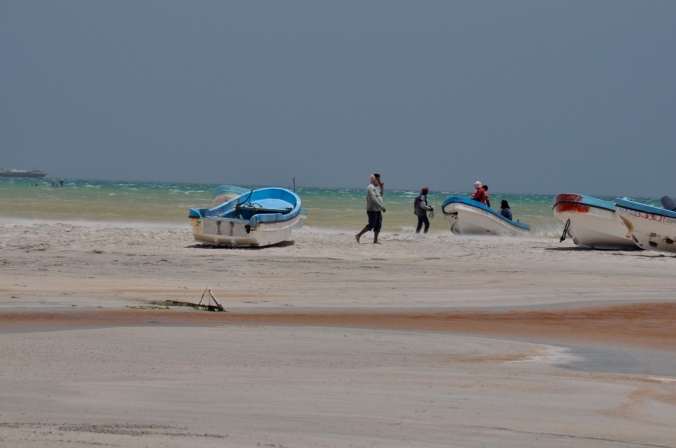 We drove down to the beach, and while Nate was letting the air out of the tires, I got out of the car to take a few photos. Almost immediately, my hat and sunglasses blew off my head and my camera got covered by blowing sand. We had hoped that it would be a nice stopping point where we could have a picnic and M could get out of the car and run around, but instead he stayed strapped into his carseat while I hesitantly ventured out every few hundred meters to take more pictures (leaving my hat and sunglasses inside). 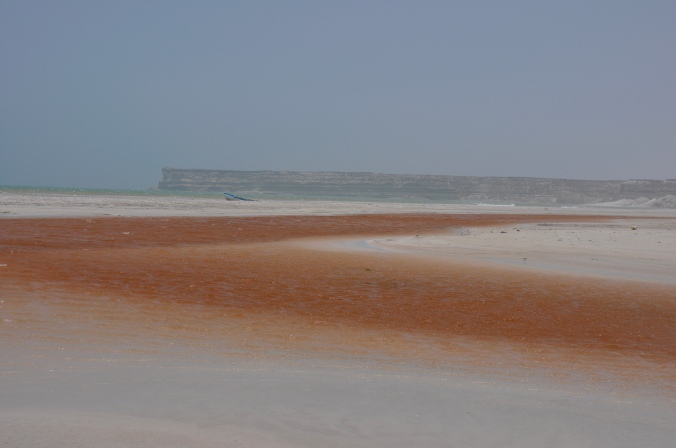 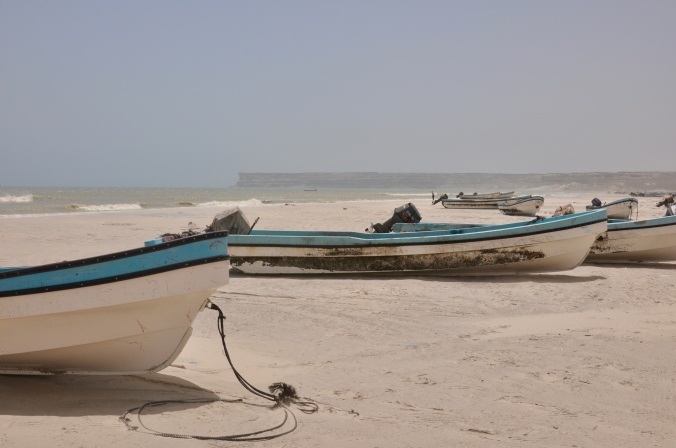 The wind blows the tops of waves in the other direction, and the beach is littered with fish skeletons. The mineral deposits in the cliffs along the beach make the water in the nearby stream run red. There are definitely lots of interesting and fun photography opportunities! 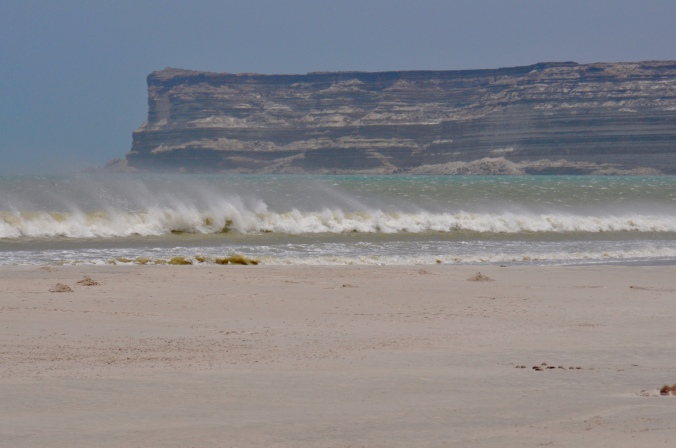 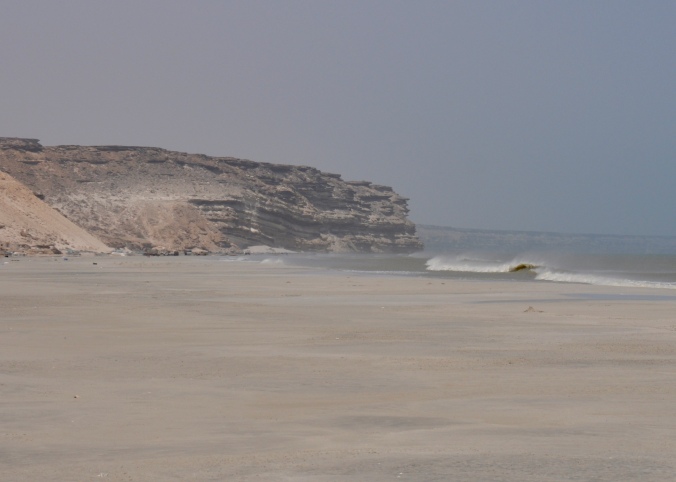 To get to Ras Al Markaz, take highway 32 south from Duqm towards Ras Al Madrakah. Before reaching Ras Al Madrakah you’ll see a sign pointing to the left for Ras Al Markaz. I would not recommend this beach for anything except for photography. I’d only drive down the beach with a 4WD vehicle. It’s far too windy and the sea is too rough for camping, swimming, picnicking, anything. The views are scenery are stunning and it’s a nice beach to drive along! 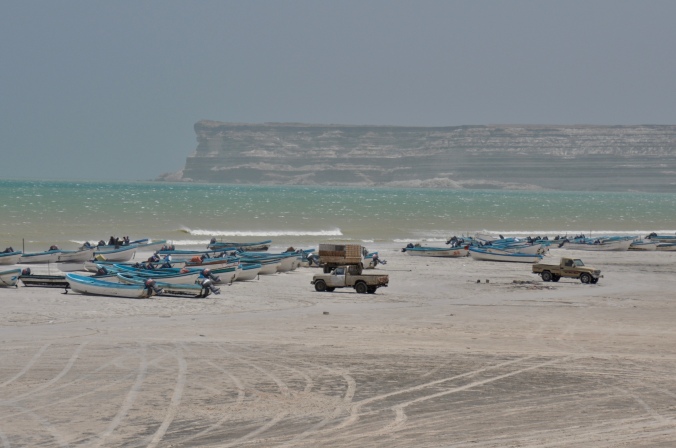 I half-expected War Boys to be driving those trucks

One thought on “Ras Al Markaz”